Getting to know R

R will be transitioning to a new school this fall and I wrote this letter for his new teacher so she can know him a little better –
Apologies for the long ( and boring ) post – but it is good for me to have a record at a point in time. When reading the blogs of other moms I frequently want to know more about the child’s personality – so if any of you moms and dads do the same in your blogs I would love to read it

What I would like you to know about R ? 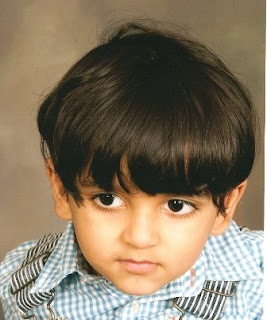 Ris a very sweet, loving and intelligent child. He loves hugs and kisses. While he sometimes ignores other kids he is extremely loving towards family, his therapists and pretty much most adults
He is very gentle and feels things deeply so we are very sensitive while disciplining him. He can be anxious.

Hyperlexia is a huge part of the way in which he interacts with the world. While we do use PECS, we find it equally helpful to simply write things down for him
He loves the computer, TV and other things with buttons

The key to things R can do lie in motivation. He has minimal motivation to show off and most of the things he knows we have found out by observing him rather than asking him and him showing us. One day he just arranged the foam letter to write the entire alphabet backwards

R can read, add, identify all the planets of the solar system.
He knows shapes, colors, and numbers, letters.
This is a picture I took of him last year where he has arranged the letters alphabetically and then the numbers on top of them. He can count up to a million 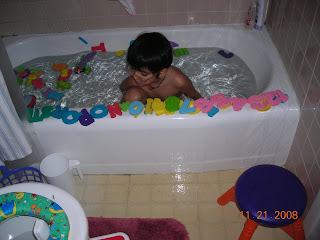 He has a stunning memory and a great sense of direction

What does Rneed help with ?

Language
R’s greatest challenge is Severe Apraxia – even with a lot of therapy this challenge has been by far the most daunting for us.
He also does not process things best through hearing them. We find its best we speak to him slowly and with few words ( but with lots of affect and emotion) – so instead of saying something like “Do you want to bounce on the ball ?” we say “Bounce?” Ball”?
He thinks in the written word and in pictures

He is quite adroit socially with other adults and knows how to pull at people’s heartstrings. With peers, he is starting to be interested but since he has not had much practice with peers he does not quite know how to


What my child likes and dislikes?

Dislikes
1. Being told no, not having things his way
2. Being alone
3. Noisy chaotic places
4. Lack of structure

R is a visual learner. Harnessing his motivation is the best way to teach him. Music is another great way. As is the computer

What medical problems or allergies does he have ?

R has gluten intolerance so most of his food home is gluten free. However he is allowed to eat Pizza at school because he loves it and we cannot bear the thought of the other kids eating Pizza while he cannot LOL
He also has some seasonal allergies
He has poor eyesight and wears glasses

What Special Equipment does my child need ?

PECS /Visual Schedule
Sensory breaks throughout the day – so access and encouragement to use the trampoline, bouncy ball and swing

Ris a child with great potential and many challenges.
We are not trying to fix him or trying to make him a “normal child”
We just want to help him be the best and happiest R he can be
R is incredibly precious and special. Please love him lots and help him reach his potential.
at April 30, 2009

I just love R! (where are my hearts and kisses icons when I need them?) I think you did a good job with the note. I wrote one when C started at the school they're both currently attending--I guess I need to write a new one, too. I'm so freaked out about them leaving for a new school.Ugh.

We need to get together.

I just had Ethan's transition meeting where I did something like this note you have done, not as detailed but short and sweet. Your note is great....I may have to do another! :)R seems to be a very smart boy. I think the outstanding Memory goes along with all kids on the spectrum, I know mine doesn't forget anything.

I loved this! So nice to get to know him better! So much of this could have been written about my little guy. I loved that last part and hope he does well in his new situation. =)

i loved getting to know R better. what a lovely post!

I love this! And it is obvious a lot of love went into writing it. R sounds like such a sweet and bright little guy. :)

Such a great idea! My son starting Special Ed Pre K next month. I think I should do the same. R seems such a smart kid.. I am sure he will do great in future. The picture you posted is exactly how my son take his bath with foam numbers and alphabets (he cant count to million yet just 20)
From the pictures I am assuming you are from South Asia, I am curious to know how you disclosed the diagnosis to family and friends as there is hardly any awareness in the community.