tumultous weekend( not about autism)

This weekend Autism had to take a back seat . My good friend is getting married in October.
We drove down to Atlanta to spend the weekend in a big city and also help my friend in selecting her lehnga ( sort of a skirt ) 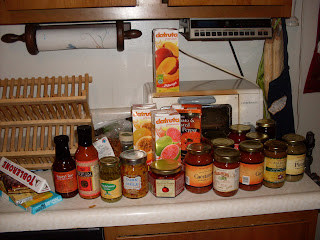 We stayed in their Midtown condo and I rode in their BMW !!

The weekend started out very nice- it was so great to hang out with these good friends and see a very different kind of life.No kids , no backyard , no suburbs, walk to the grocery store etc

However alfway through I got some very bad news!

My hale and hearty and completely adorable nephew suddenly started having seizures and went temporarily blind . This story hopefully as a happy ending as my smart sister took him to one of the best child neuros and turns out he had a dead tapeworm in his brain( its more common than you would think - just google it )

Heartbroken for their kids - 8 and 10

I'm glad you had a good weekend--minus the tape worm and murdering professor, obviously. I hope your nephew is better soon. Is it a simple procedure? Will they have to do surgery?

What a weekend! I was happy to hear about the fun parts! I hope your nephew recovers and does just fine...sorry about the Professor. I heard about that.

Oh my goodness, what a weekend. Keep us informed about your nephew. I'm praying too.

Sending lots of P & PTs...to your nephew (and family) as well as profesor (and family.) Hope they find him quickly!