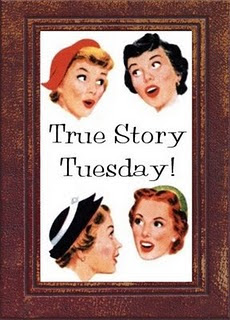 But I did not start out this way -

I think a large part of the experience was the location and building.

The building was a very very unusual.

The architect won an award for the building -
He was inspired by  a town called Mandu that  existed in the 1500's in India .. you can see the resemblance in here -- see the remains of Mandu below. ( I love the name of the town Mandu - especially its older name Shadiabad - city of happiness ) Image from Wikipedia 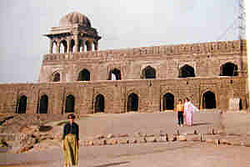 One night DH and I trekked and drove all through a lot of dark mountains and ended up here. I can tell you it was something to wake up to the Majestic Himalayas.

All we did was stare at the mountains all day and as I write this post - 17 years later .. it takes me back to that other time

Another part of the  program that took us to the Taj Mahal- which is every bit as romantic as it sounds  - what can you say about the love of a king for his wife that he build a mausoleum for her that took 20,000 workers and 20 years to make.
That when he was imprisoned .. his only wish was that his prison be in a place where he could always look at the grave of his wife ( the dark legend of the story is that he had the tongues removed of those architects and right arms amputated so that they would not be able to replicate it ever .. Plus he was in prison because his son overthrew him and imprisoned him.... but let us not dwell on these unfortunate aspects of the story .  )

We spend time at arms-length from elephants

On  many occasion we saw pythons lying on the roads, unable to move, having swallowed a small animal

There were leopards on campus.

Once DH and I saw a leopard leaping across the road in the night .

I told DH naively at that time, that this was the biggest cat I had ever seen - and was soundly teased the next day - when it was reported that a leopard was on the loose

"The man eating tiger was caught by the villagers and shot.. poor fellow ."

The bad guys in this story were of course the villagers ..

All this unusual living and learning , led to a great broadening of mind and spirit

One side felt that since we lived in the forest - we were really living in their home and should absolutely do our best to not come in their way and invite harm.

A heated debate raged for months

As soon as he came to his room , he fell upon his bed and fell asleep

LYING IN THE BED WITH A SNAKE ALL NIGHT

This story is true and has been written for my darling friend Rachel and Mr Daddy's blog contest True Story Tuesday where people submit their outrageous but true stories here
I normally dont participate as I am not funny enough but I want to show support for my beloved Rachel who has been through a great  loss of her adored MIL recently . Please do visit her - she has an awesome funny touching blog and she has a special place in all our hearts

Oh my goodness! So... did the snake have fangs? I think I would have died if I woke up to that! But what a fascinating way to spend those years of your life; I know those memories will last you a lifetime. (and I sort of am in the camp of "poor tiger"... if you move into their house, you have to expect them to be a little ticked off!)

Suddenly I fell very boring for sleeping in my bed without a snake! I can't believe your adventures. The pictures are stunning. And to have met you husband in the midst of it all--now that's the real story. Lovely.

I am so tickled that you joined in - and I truly went back and reread and looked at all those marvelous pictures... it was far more than a funny story - it was a beautiful tale of that time in your life - with a side of fated romance!

No wonder you speak out of such richness... what amazing experiences!


And silly girl... you didn't quite say which side of the camp you fell on?

And I think I would have had a heart attack if I'd awoken with a snake beneath me! I got chills thinking of it!

Thank you so much for joining in... this felt like far more than a humorous punch line - I loved seeing your memories laid out like that!

I loved this! I'm so happy you joined with your story... and I love Rachel too. :)

(LOVED those photos and memories from that time!!!!)

What a wonderful story! The whole thing, not just the snake (although that is ... remarkable!). I know that it is not really the subject of your blog, but I would still like to hear more.

I think you could write a wonderful book about all sorts of things. (In your spare time, of course)

Awesome!!!!!!!!! Not only did I not know what field you work in but also which field you loved so much! My DH wanted to be in that kind of field and he ended up in something totally different too! I absolutely loved the pictures as well as your narrative with them! You still look as lovely as you did then! How cool that you and DH loved that and shared many experiences there together! Definitely an enrichment!

Oh my! I was cringing the whole way through...LOL

But I loved the story and the photos. Going over now to check out the site :)

@lifebythecreek - most certainly did have fangs -- I too am in the camp of poor tiger
@Lizbeth @ Julie @ Laurel@Lisa thank u so much for appreciating my odd life story
@Rachel thank you so much darling - wish I could do something more for u .. I would take you out to Starbucks if we were not on the opposite sides of the US
@Robin - I had no idea that your DH was also interested in this field - thank you for the kind comment on looking nice :-)

Dear Mrs Kajoli Tankha,
I am an IIFMight :) writing this post in an euphoric mood, its so nice to know that you still remeber those days so passionately. Its like some dream you lived and now we are!!!
Well to add little, about the present IIFM, the batch strength has increased, but the beauty of campus in poignant indeed....
still the leopard threatens us!!! We can some time see two poisonous snakes fighting, one morning I woke up and there was one snake near our gate!!!
These days dogs have become an integral part of IIFM (you can see Pinka's profile on face book)
We sometimes go for tracking in the campus, exploring the caves :)
Its so nice to read your love story, there are still some of your juniors maintaining the romantic legacy.
I am in first year so yet to visit natural beuty of Incredible India in the field trip :)
Hope we too have some great experiences like your's
IIFM is a place which transforms one's ideology, joins to the environment and at the same time teaches to manage matters sustainable manner.
Hope to meet you soon in the campus.
Vini Pathak
PFM 2013

You made my day.. On a lunch date with A and read out your comment to him
What fun

Wow! What an amazing experience-India sounds like such an exotic and beautiful place. I would LOVE to visit there some day! You are absolutely beautiful, then and now :)

Wow. What happened to the snake afterwards?

I'm not sure if I'd cry or laugh in that kinda situation! :)

Thanks for sharing such a great story from your interesting past!

K, that was one of the best TST's I have ever read :o)

But you have a gift for sure, of showing the beauty of living. I hope you continue to share that with us :o)

Hello K,
Great memories indeed!!
I solemnly testify as a witness all that you have said!! :-)
I also confirm that I am an eye witness to the unfolding of magical love story of K & A! (Being an IIFMite of the same batch as K).

BTW: Have you forgotten your pet dog at IIFM... "Chappan Tikli"?

Debu .. how lovely to read your comment .. never would I forget chappan .. what a doll he was