I returned to my office last week to see message from R’s class-teacher, asking me to call her back

I called back – heart thumping – thinking that she would tell me that inclusion was not working out , or R was not learning anything or that he was sick or something like that

“Well the reason I called” , she says ,” is that he said a bad word in class”

“What word ?” I asked, confused

I felt a nervous giggle coming up ( don’t you just hate those?)

She added quickly “ Well obviously I know that it could not be you guys .. I cant ever imagine you using a word like this.. you are so much better than this

This thought, while a lovely one,  is patently  untrue of course.

We are, in fact , not better than this at all.

We are much worse.

While driving, DH regularly casts aspersions on the fellow drivers’ relations with the female members of their family.

I, when deeply moved ,  have in fact been known to use an expletive as an adjective or adverb.. as in “ I am so …bleep .. happy “.. this coffee is bleep awesome”

“Never”, I say piously , crossing my fingers behind my back , “we don’t even know these words”

I add the age old parent excuse “ he must have seen it on TV.. while switching channels, in fact  .. we don’t really watch programs that would use terrible words”

Suddenly, a thought occurs to me

“Its his apraxia .. he has a terrible time pronouncing certain syllables .. he was probably saying .. truck or duck “

The thing is though , neither of us was upset

You see ,  R only learned to speak last year

DH added “ and he used it appropriately”

Plus its the pinnacle of language - spontaneous declarative language

Of course, we are going to make sure that R does not  use a word like that again

But words came so late in our home, we can never really take them for  granted

We finally, have to watch what we say in front of R

And this-  having to watch ourselves-  feels like a gift.

Luckily R has defended his mum and dad’s honor!

When asked where he learned this word from, he said “From Pepsi”

For our part , since DH and I are trilingual ( while R is just about lingual in English ) – we have decided to swear only in Bengali or Hindi 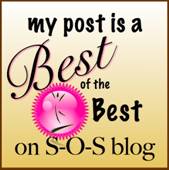 lol. I would happier than a pig in mud if my little one said the F word in context too. I better learn some Polish swear words. lol

I LOVE this! My son was very late in talking too and I would have reacted the same as you. So happy just to have him learn a new word. And you're right: it IS a gift that you have to watch what you say around him. It is!

I love this so much! I swear a lot in Spanish and it was a special moment when he swore perfectly in Spanish as my mother changed his diaper. Watch out the next time you take R to India -- he might shock all of your relatives!

I came *rushing* over as soon as I saw the title, and I'm *so* glad I did!! It's been a rollercoaster ride of emotions for me recently, so being able to read a post like this has totally changed my day. Thank you, I'm having to suppress giggles of my own.

Especially since my son (who was essentially pre-verbal at the beginning of this year) has also started saying "oh cwap" appropriately as well. We're also a multilingual family but because I have my little girl who's 14 months and just started saying a few things, I can't swear in Spanish!

My Lebanese family (living in Mexico) get by this problem by swearing in Arabic. I may have to start following suit. But then I'll get dirty looks when we go to eat out at Lebanese restaurants like they do **lol**

Ha! AJ knows that a well-placed G_ddamnit will have those around him shocked to their core. He totally does it for the attention. So our therapist says we have to ignore it. Whatcha gonna do? I guess I need to pick up a new language to swear in, lol!

Baby wt .. Loved that idiom
PattyO good to read about another mum like me
Li .. Can just imagine what that moment would have been like
Marsupial mama that was too funny oh cwaaaap sounds adorable
Kelly .. I can just imagine .. Too funny

Love that he used it appropriately! And I'd be like his teacher, assuming it didn't come from you guys! Funny!

That was great--he was using it appropriately!!! I cuss--you can throw me under the bus next time. I'm good like that. :)

I just loved this post. Sturla just recently learnt this word from his bothers... and as all kids here has no idea what it means... for them it is just like oh no...
swearing is just so appropriate in certain situations.

Love, love, love this post. Tears are running down my face from laughter. From start to finish -- R's appropriate use of the word, the covering up for where he learned it, and the reaction of the teacher to the "really bad one." i will never forget when M was little we used to spell curse words in place of saying them -- particularly the word that R has chosen (probably also due to its' versatility after all he is your child). So one day I drop something heavy on my foot and I spell F - U - (you know the rest) and M says " F-@-$-K. F@$K Mommy that spells F@$K." After the joy of realizing her spelling was improving (as she struggled with this skill), the horror set in. Needless to say I switched to saying fudge in similar situations. Not nearly as impactful but probably more appropriate for a 6 year old.

Haha! Gotta love that he used it so appropriately. I think too often we don't realize that our kids are listening to us just because they don't react. Only later, we find out that they are.

I am laughing so hard, the tears are flowing! Way to go R!! Let's just say, once Nik learns how to SPELL those words with his speech device? I.am.toast!! LOL

oh thank GOD....for one awful moment I thought you were serious when you said you guys didn't use such language!! Very funny! Well done R.... he may only be speaking in the last year but he quickly prioritised!

Well, I never! (which is patently untrue.)

This one should win the BoB prize!

So you have more time now? - responding in comments. *wink*

I loved this post! and agree with another commenter that it was hilarious from top to bottom--the teacher's call, your reaction about it, and of course sweet R having a bit of a potty mouth. Spontaneous declarative speech, wonderful! And who doesn't want to say "#$@! this" when the computer runs too slow?

HHHmmmmmm!! guess there will be no more Pepsi for R.....LOL

thanks for the smile K :o)

Gotta love appropriate use of language even if the time and place isn't appropriate! lol

This is fantastic!! It is funny how what upsets parents of typical kids does not upset those of us with special needs children. Last year, Alex got a "yellow card" for playing table top hockey with another student during class. I was thrilled beyond measure that he was able to break out of the box of having to always get green cards and more importantly that he was playing and having fun with a classmate!!!!! That R was using the "F" word appropriately must have been like music to your ears! Your new favorite word!!

:D lol!!! Loved the part about that he learned it from Pepsi. ;)

This is great. Enjoy every f*&^ing word!

This reminds me of when I taught ESL in Japan and one of my most difficult students was sitting abnormally quiet. I went up to him to find him constructing sentences with the f word in different variations. I was so pleased to see him engaged in English for once that I asked him if he needed any help and commended him for using the word in so many grammatically and otherwise correct ways. It really is a versatile word. This video might amuse me: http://my.englishclub.com/video/english-grammar-fuck

Ha ha! We definitely can't say those words in our house, as everything gets repeated- particularly the ones you don't want! Spontaneous and appropriate though- you've got to love it!

I am totally cracking up - an inappropriate amount. Only because, for the life of me, I cannot picture any of the THREE of you ever using that word. Like, "seldom is heard, a discouraging word, and the skies are not cloudy all day". Hee hee!

I really am such a potty mouth...I was feeling so lucky that my boy didn't pick up any of my language. That is until I heard him say "Oh **it!"