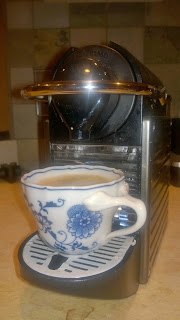 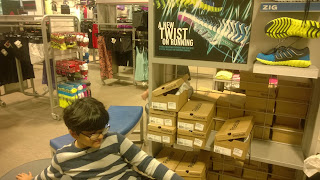 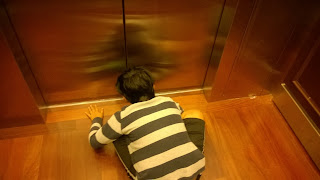 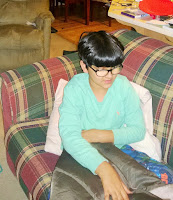 I love reading your stories and am so happy that you are BACK! :)

Glad to have you back! Though I do understand how the time goes by without posting as I have not posted nearly as much as I used to. I also can relate to trying to be more patient with my son... hope that is going well with you.

Weekends that are full of work and fun and love are the best! Patience is important and delighted that the shoe shopping happened without trauma (it's always been a problem here)

Great to read about what happens on your weekends and good to see you back in blogland! Love your shorter hair, really suits you and I can see a change in your R. He really is getting more grown up looking, isn't he!! xx

I'm stopping by to say hi since you left that lovely comment on my blog. I'm happy to see you're doing so well in your new home. We are also doing well and settled into a good routine with a school we love that is incredibly supportive of our son's needs. It's interesting to be at this point of the special needs journey because we are so much more accepting of our son and ourselves as well and just enjoying him without worrying so much about the future. I learned a lot about that from your writing so thank you! And thank you for checking in. You've always been so good about that.

Loved reading your post and glad you are back to writing!

Hi! I have been following your blog for a while but have really never commented. I enjoy reading it and enjoy the way you write in a light hearted fashion...
I have been thinking to ask you this for a while but honestly felt a little weird!....but I really do need your input.My kiddo is almost 5 and we have been doing ABA but would like to switch to Floortime as I feel it will be better for her. I think you said you consulted someone in Atlanta to be your consultant. Would you be able to share the name with me? I live in Nashville, Tn and I do think I can make a trip up to Atlanta easily. Hope it is not too much of an inconvenience....thanks :)

hi Rajitha I send you a note to your gmail account listed on your profile
Hope you got it :-)
Thanks for commenting
Li - so great to hear from you
Thank you Kris. Yuji, Di Jazzygal and Looking for blue sky- I hope to keep writing

Wow that was strange. I just wrote an really long comment but after I clicked submit my comment didn't appear.
Grrrr... well I'm not writing all that over again. Regardless, just wanted to say superb blog!

Appreciation to my father who told me regarding this blog, this website is in fact amazing.

Awesome! Its truly remarkable article, I
have got much clear idea about from this piece
of writing.

Wow that was unusual. I just wrote an very long comment but after I clicked submit
my comment didn't appear. Grrrr... well I'm not writing all that over again.
Anyway, just wanted to say fantastic blog!

Hey I am so grateful I found your weblog, I really
found you by mistake, while I was researching on Askjeeve for something else, Anyhow I am here now
and would just like to say thanks a lot for a marvelous
post and a all round entertaining blog (I also love the
theme/design), I don’t have time to read it all at the minute but I have bookmarked it and also added in your RSS feeds,
so when I have time I will be back to read much more, Please do keep up the
awesome work.

Informative article, exactly what I was looking for.

Wow, fantastic blog layout! How long have
you been blogging for? you make blogging look easy. The overall
look of your web site is wonderful, let alone the content!

So glad you're back! Our sons are the same age.